Let's Play 10 of the Best NES Games of All Time 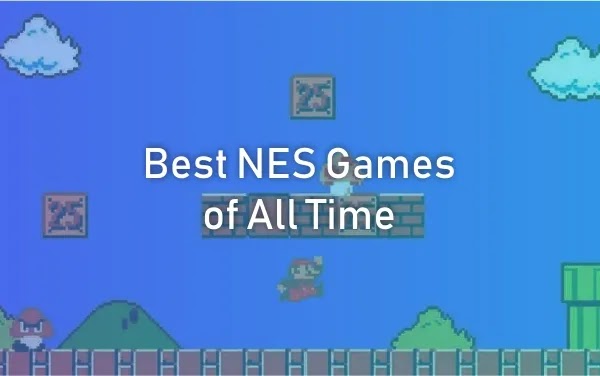 Nostalgia With Best NES Games Ever

Nintendo Entertainment System (NES) is a third-generation classic console with an 8-bit video released by the Nintendo Company in 1984 and released in North America, Brazil, Europe, Asia, and Australia. In Japan, the NES is known as the Nintendo Family Computer (Famicom). NES/Famicom is one of the Third Generations of Video Game Consoles.

Before the existence of various sophisticated games like those that exist today, NES or Nintendo Entertainment System games were popular and played by many people for a short period of time. However. Until now, some of these NES games are still being played.

Actually, they were adapted back into a game with a modern version. One of them is the legendary Super Mario Bros. So, what are the best NES games you can play now? Check out the list from Inactiontech below. 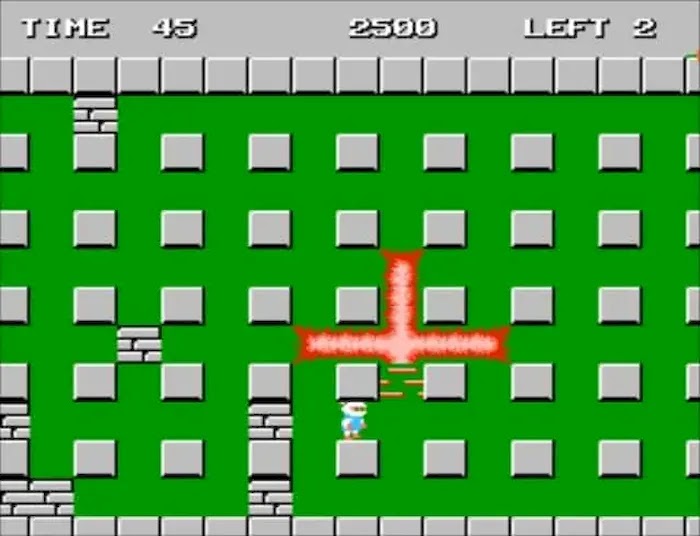 When it comes to NES games, this game is one of the champions. Almost everyone plays Bomberman, especially if the game is played with friends. Anyway, this game is enjoyable and has been adapted into many other games. This game requires players to be observant to escape from the bomb.

Players also have to stay focused on destroying multiple walls to survive. Moreover, players must also face enemies who can surround them if the wrong strategy sets the road.

Because, if you don't, the bombs you leave will actually reduce the remaining life you have. Especially if the bomb is a powerbomb that can explode and hit along the way, it's the master's weapon instead of winning. 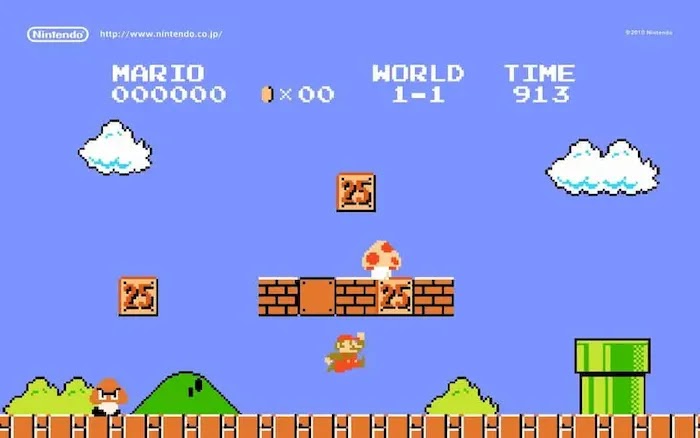 It seems that there is no need to say much if you mention Super Mario Bros. in the list of the best NES games. The reason is, this game is very 'exploding' in its time. The missions that are presented are quite challenging, and the obstacles provided are varied. Although, maybe if you look at this game, it is quite strange because the characters you play can grow and shrink.

Not to mention the character goes into the pipe that is identical to the green color. In addition to the game that has stuck until now, the music that always appears when Mario Bros wins or game over is very distinctive and familiar to hear. Even the music is still used to make funny videos. 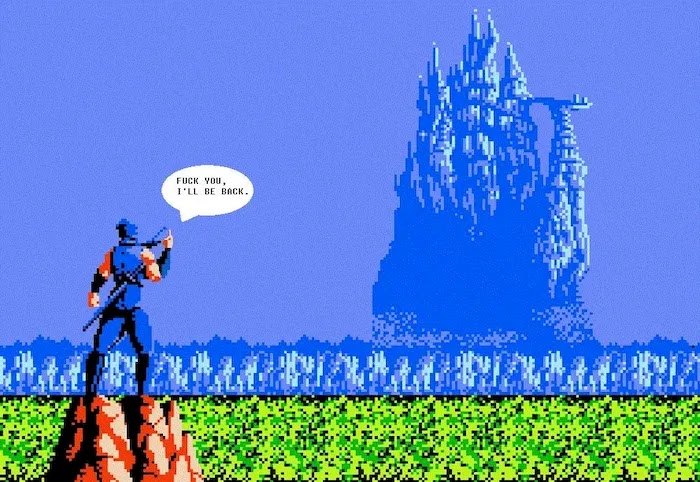 NES games whose missions are difficult to complete are Ninja Gaiden if the latest version of Ninja Gaiden is equipped with various weapons to block the opponent. While the previous version of the game, although not much different and the visual quality presented, is still very simple. However, the difficulty level of Ninja Gaiden in the old era was much higher. 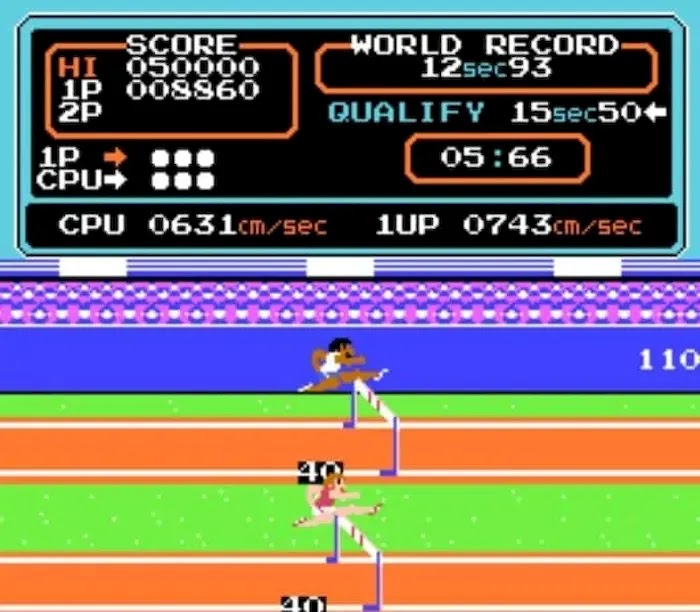 To complete missions and progress to the next level, players are required to achieve a world record in the Olympics. That's why Hyper Olympic is so much fun to play with friends instead of alone because you can compete with each other.

One of the most well-known missions is during the 100-meter sprint event. However, don't worry; this best NES game will not bore you because Hyper Olympic is equipped with various sports that can be played, starting from the triple jump, javelin throwing, long jump, and archery. 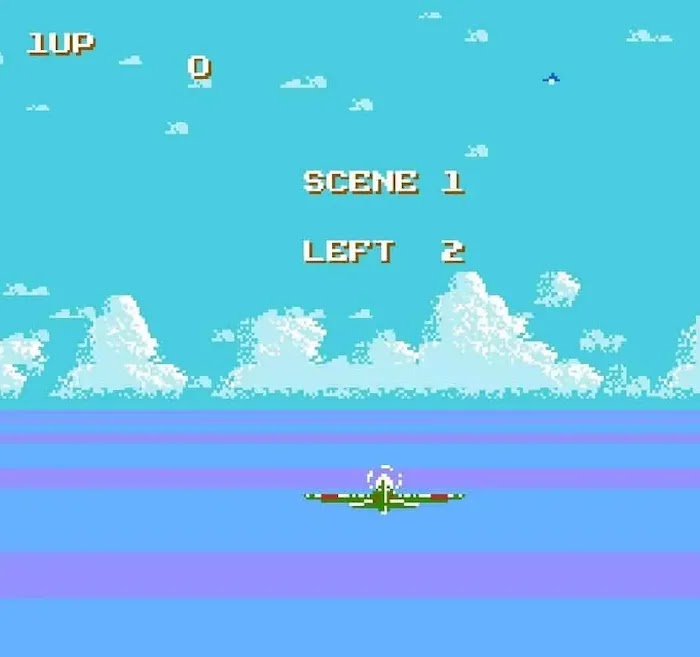 The NES game with a battle theme this time must be familiar. This game is made as if it were in the second world war. This airplane game is played by shooting down airplanes flying close to the screen with distinctive and memorable music.

Not only that, but the Sky Destroyer game is also equipped with a mission to battle the rulers. What makes the game even tenser is the presence of a torpedo aimed at the plane.

And, uniquely, if games generally make players good people against bad guys, this game is just the opposite. You will play a Japanese army plane that fights against air and sea attacks from the allies. 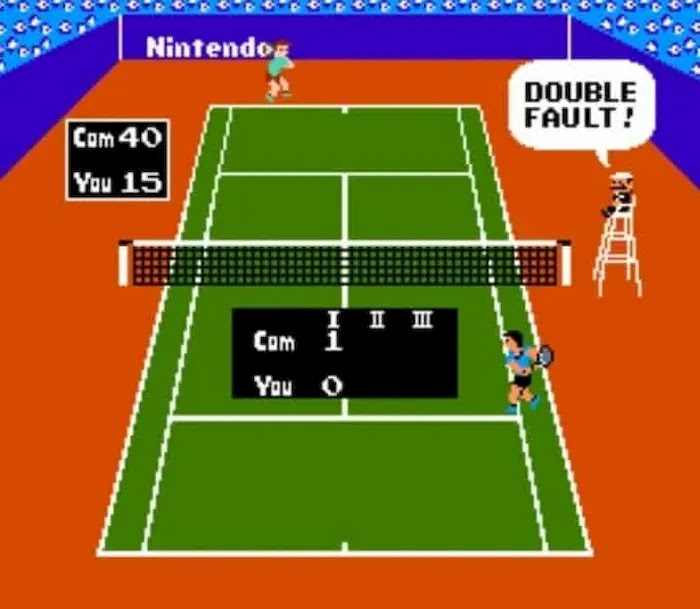 Unlike Hyper Olympic, which carries various sports, the next best NES game only focuses on tennis. As the name implies Tennis, players will play this game like the sport itself in the real world. You are free to choose the level that affects the enemy's ability. Psst, this game is fairly easy to play, anti-stress! 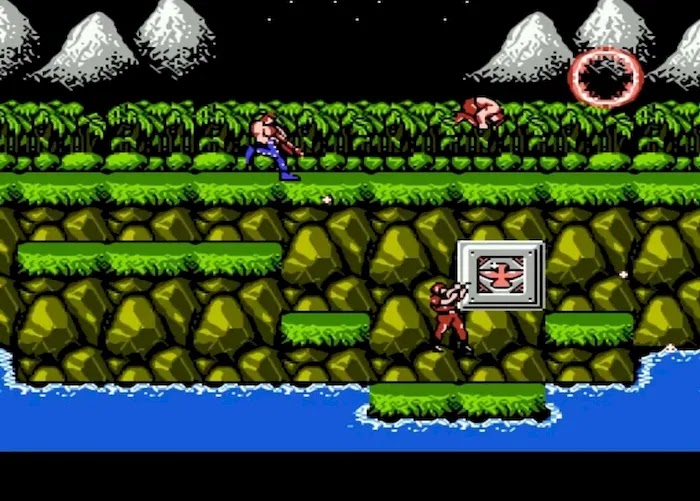 This game tells the story of two soldiers, Bill and Lance, who ventured into the forest through the snow to a secret cave to defeat the alien nation that arrived on earth. This Contra game can be played with 1 friend simultaneously. Both of you will work together to defeat your opponent.

The game in which a secret code called the Konami Code is included in the best NES games of its time. Konami Code provides additional extra lives for players if the player who initially only has 3 lives will get 30 lives due to the cheat code. 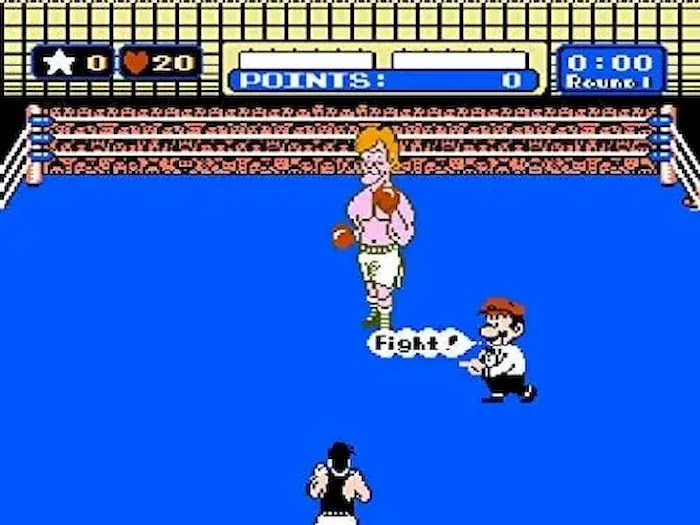 Looking for more NES sports games? There is, here's another one, called Punch-Out which adapts the sport of boxing. This designed game is straightforward to play. Simply making sure you can give two fists when you see the opponent before you; that's enough because the two fists are effective enough to defeat the enemy.

However, you can't just press the button as fast as you can. Because, to play this Punch-Out game, you need the right strategy and timing. One of them intelligently reads enemy movement patterns from dodging or taking gaps.

When the gap has been established, new, deh, you can attack enemies and protect yourself from entering the rotten strategy planned by the opponent. If you complete all the challenges and missions of this one game, you will meet Mike Tyson's character, you know! 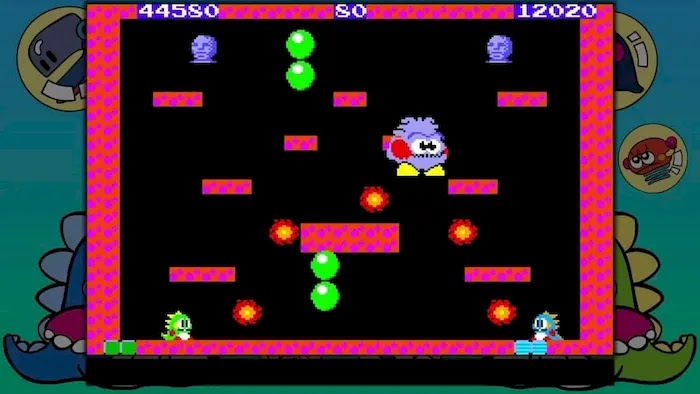 The NES game that invites players to play with this cute dragon is called Bubble Bobble. In this game, the dragon no longer emits fire but balloons that he throws and fights the enemy. So cute!

This game can be played as desired because there are two options, namely single player or multiplayer. In addition to the game carried by Bubble Bobble, there is also a memory left behind from this game, namely its distinctive music. The last best NES game is Teenage Mutant Ninja Turtles III: The Manhattan Project. The Ninja Turtles character itself at that time had often been adapted in the form of cartoons, series, and films. Ninja Turtles was made into a quite popular game in its era, not wanting to be left behind.

Before this third series, Teenage Mutant Ninja Turtles also had two predecessor series. However, the game is far more perfect in terms of levels, designs, movements, and moves in this series. You can also play the action of Donatello, Leonardo, Raphael, and Michaelangelo in multiplayer.

How to Play NES Games on PC

But what if we want to reminisce about playing all those old games? The video game market or virtual games in this super-sophisticated era will not support old 80/90s games as above because hardware and software are not as convenient as they used to be.

To play NES games on PC, you need to use an emulator. For more details, follow these steps.

After that, enjoy and play the game, don't worry about getting bored because NES Game has many choices there, from your favourite games to new games that you might not know before. Good luck.

How to Play NES Games on Android

You can play NES on Android. Given the minimal specifications of the NES, of course, this console can run smoothly on your smartphone. Then how? Playing the NES on Android is relatively easy. You can play the NES with NES emulators widely spread on the Play Store.

Here's how to play Nintendo NES games on Android using the Nostalgia.NES emulator.

The first step you have to do to play NES games on Android is to download the Nostalgia.NES emulator. You can download it on the Play Store or the internet. The download link has been provided on the list of recommendations for the Nintendo NES emulator.

After you download, you install the Nostalgia.NES emulator on Android. For those who download directly from the Play Store, it will install automatically.

After the emulator is installed on Android, the next step that must be done is to download the ROM or Nintendo NES game. Similar to the PSP and PS2 emulators, the Nostalgia.NES emulator also requires a ROM to run games.

To download ROMs or Nintendo NES games, you don't have to worry about running out of quota because the size of the ROM is only around 100 KB.

You can download the Nintendo NES ROM or Game at the following link.

Those were some of the popular and legendary NES games. Although old,  but the games above are still fun anyway to play at your leisure. Are you interested in nostalgia with the ten games above?