How to Learn 10 Finger Typing? Here Some Apps That Can Help You 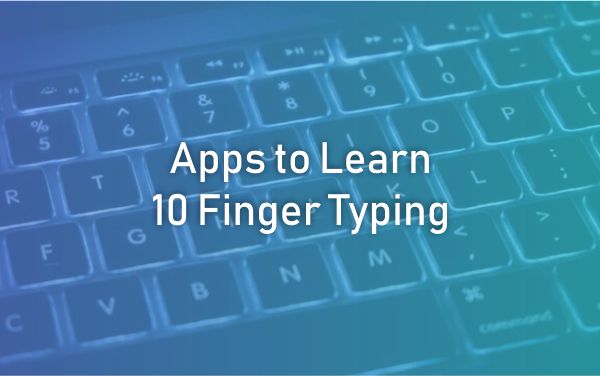 Typing games were born out of necessity. This game is designed to teach players to type using 10 fingers. One of the typing games that has been around for a long time is Mavis Beacon Teaches Typing, which was created in the 1980s.

How to Type Fast 10 Fingers

Place the finger of the right hand on the keyboard:

3. Learn to Type Without Looking at the Keyboard

Everything requires a process, so does typing. You need a lot of time so that you can master this technique.
Sometimes you need help to support your skills to master the technique of typing with ten fingers. There are lots of websites that can train you to type fast using ten fingers.

Apps That Can Help You Learn 10 Finger Typing

Learning to type accurately and quickly has now become one of the most important skills. Typing games can be a way to learn to type fast in an easy and fun way. Here are some of the best typing games to learn 10 finger typing for kids and adults worth checking out. 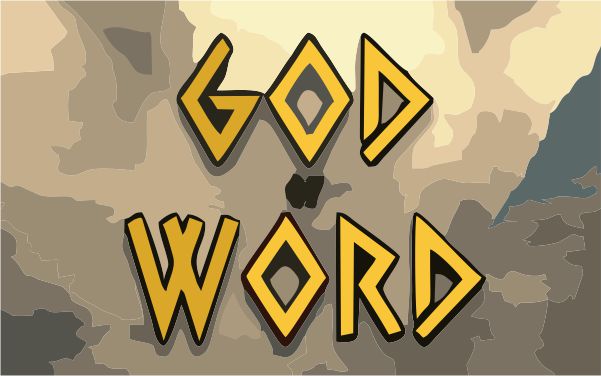 God of Word is one of those 10 finger typing games with the perfect balance of game and practice. Users of this game will take on the role of a young actor whose job is to reconstruct the historical battle of the gods of Olympus.

Weapons, potions, and upgrades, all of which are essential for typing progress. However, the development of users will not be far if they do not have intelligence and fast finger movements.

In addition to word scramble puzzles, another core of this game is the challenge of typing fast to defeat groups of enemies. Each boss, a computer-controlled foe, comes with a mechanic that requires a much more impressive pun and tactics to beat it.

The game consists of more than 5 acts accompanied by two endless modes. With the multiplayer mode, users can play online against friends and even other strangers. This game has a separate upgrade system adapted to the user's character—download God of Word. 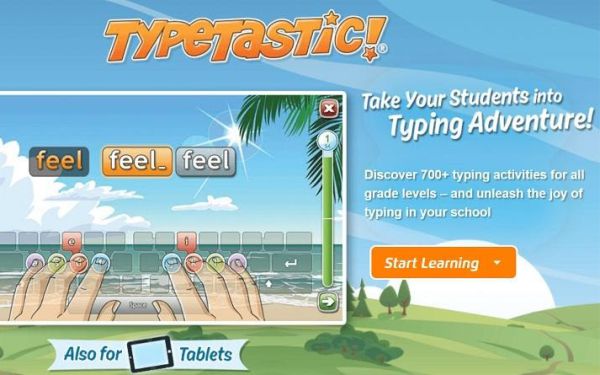 This typing game site has 10 finger typing games for school students. The best thing about this app is that it is available without a subscription. The site features 13 fun games, all created in an actual classroom with the teacher.

The approach is simple: instead of having children start their typing lessons using 10 fingers straight away, the lesson focuses on three or four keys simultaneously, and initially, children are encouraged to use only one finger to type letters.

The idea is that once they know where all the letters are, they will naturally type better. The game is divided into three parts: Let's Build a Keyboard, Let's Hop on the Keys, and Keyboarding Kickstart.

Let's Build a Keyboard focuses on showing children where the keys are on the keyboard. Let's Hop on the Keys asks children to enter certain keys to make something happen one at a time. And Keyboarding Kickstart finally asked kids to use all their fingers to type. Visit the Typetastic.com website. 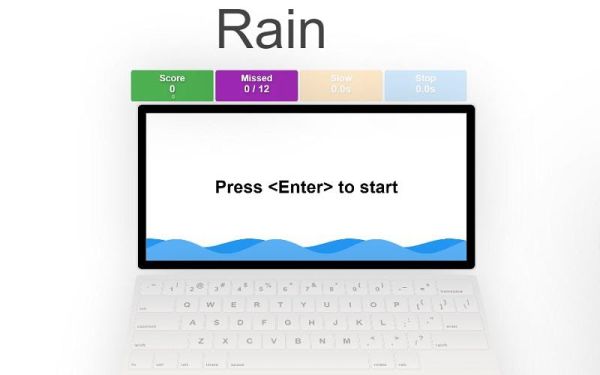 From the basics, users can move on to more complex typing lessons, including HTML. HTML integration might arouse user interest in coding.

However, even if users don't like computer programming, working with this coding concept will significantly improve their typing skills by letting their fingers get used to odd combinations of words and characters.

Some courses that users who like coding can try include EcmaScript 6, CSS 3, and HTML5. To try training, visit the Typing Cat website. 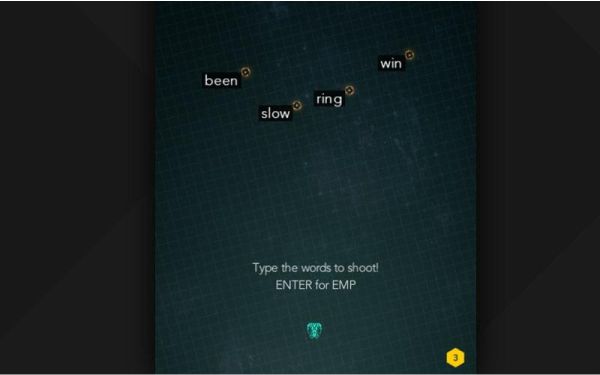 This 10-finger typing game is reminiscent of the iconic 70s game that allows users to shoot tiny purple and green aliens from one end of the screen to another with a two-bullet laser.

It's hard to believe that Space Invaders is 43 years old, but fans can still feel the same adrenaline rush as Ztype, a typing game with the same shooting concept. Some stages must be completed.

However, instead of aliens, the user must type the words before the missile destroys the ship at the bottom of the screen. Often, words will appear longer and more complex.

If the words are not typed in the allotted time, a series of letters will spread out like a rocket. This game is high-speed and will still make the user's heartbeat fast.

While this game costs money to buy, it's well worth the investment if you're looking for a refreshing and alternative mode to learn how to type fast. Visit the Ztype website to have a try. 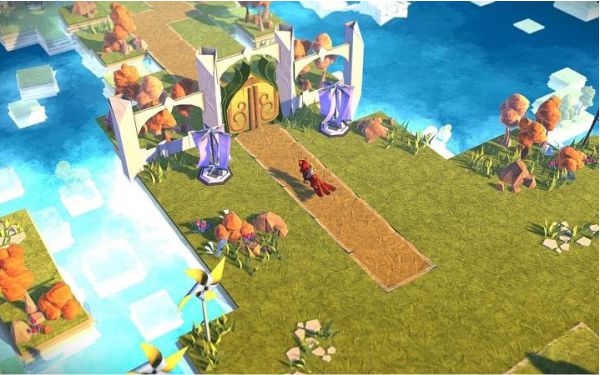 Epistory - Typing Chronicles is an action and adventure role-playing game of a young girl riding a fox in a magical and fictional realm. Together they fought the enemy in form and words.

After starting, users almost forget that they are playing a typing game. The papercraft art aesthetic of this game makes users mesmerized by the bright colors and character storylines.

As they play games, they also develop their typing skills. Visit the website and download Epistory – Typing Chronicles. 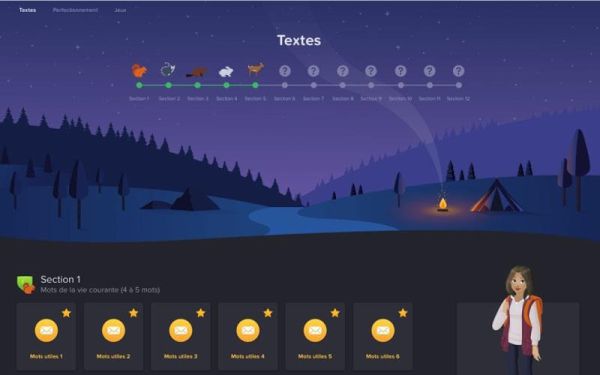 Kids of all ages can learn typing skills with Typing Pal Online. Children choose one of four environments aimed at children of different ages. Then they worked on exercises to practice correct finger placement on the keyboard.

Each exercise includes interesting animations, such as a lion parachuting from the sky. After completing all the exercises, kids can take a typing test and get a certificate of achievement.

7. Typing of the Dead: Overkill 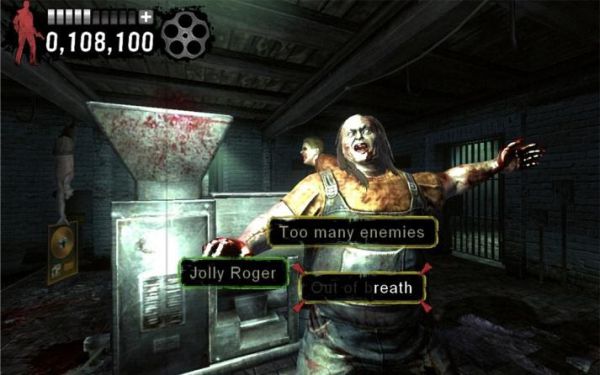 The 10 finger typing game wouldn't be complete without The Typing Of The Dead. This is one of the most unusual arcade games ever made. A close direct adaptation of Sega's popular House of the Dead 2, arcade cabinets replaces weapons with computer keyboards.

In the game, characters also have keyboards, and gunplay is replaced by typing at high speed to stop hordes of attackers—a mix of words that appear quickly and phrases that require constant vigilance. 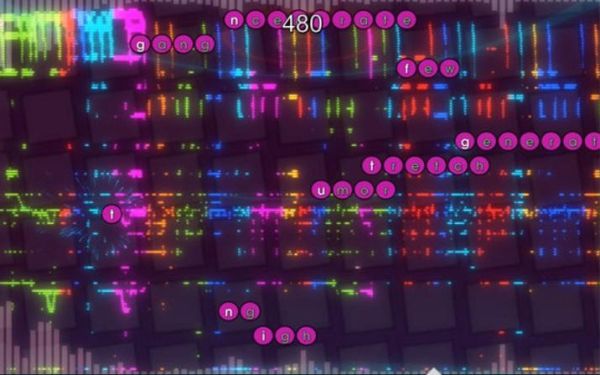 Slash This is a two-dimensional arcade game. This 10 finger typing game is quite simple. All the user needs to do is press numbers, letters and type words at the right time and direction.

This is very helpful for those who want to increase the reaction time of keyboard presses. This game comes with a nice soundtrack which will change according to the game mode. There are 6 modes to choose from, namely numbers, letters, words, or a combination of numbers with letters.

The more advanced the steps in the game, the more difficult the game. The soundtrack and visualizer in the background make this game even cooler. Visit the Steam website to get Slash it 2. 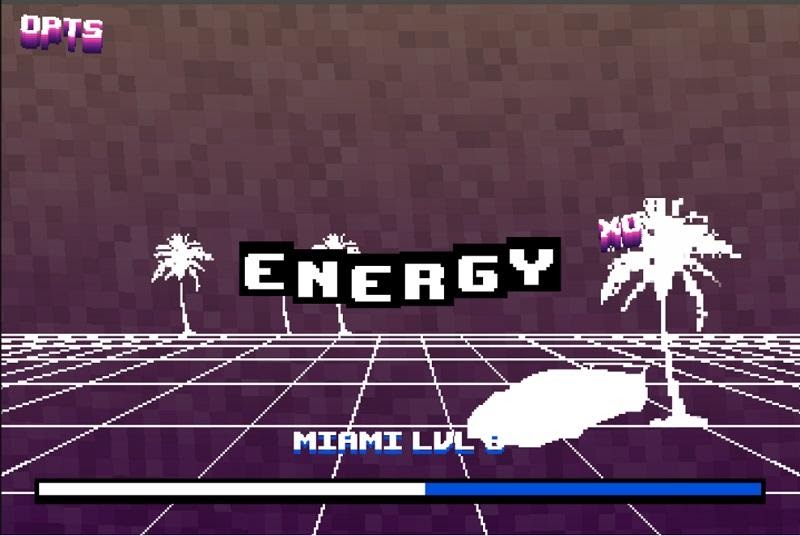 Hot Type combines a retro city setting, synthesized rhythm, and cool 1980s aesthetic with a timed pop-up typing window to build an intense warm-up exercise for the user's fingers. This is a must-try 10 finger typing game.

The user's target is to type as many words as possible before the bar runs out. Don't underestimate this game just from its appearance. This game is challenging because the user has a short time to type the words one by one.

What's really impressive about this game is that the word groups are very cleverly chosen, cover the entirety of the keys on the keyboard, and stretch the muscles of the hands. This game is free—download HotType. 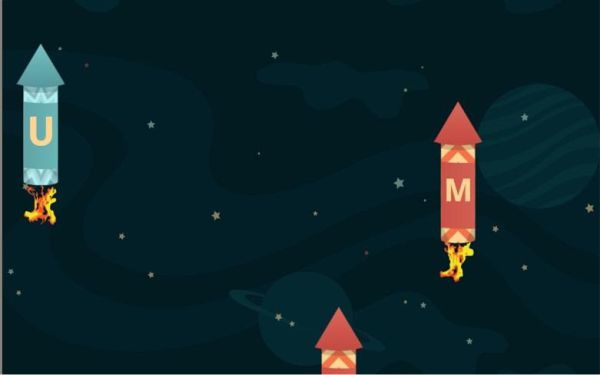 ABCya is a website with educational games for elementary school children. This website has several free keyboard games, such as Keyboarding Zoo.

This game is less challenging than games on other sites and easy to use for kids just starting to type. That's why ABCya is great for introducing keyboards to younger children.

In addition, older children may not like the cartoons on the site. These typing games are combined with other games, so parents may need to search around to find the right game for their child.

Users have to pay $6.99 to access all games. ABCya is available for any device with a web browser and Internet connection. Visit the ABCya website.

Benefits of Being Able to Type Using 10 Fingers

Before you learn to type faster, the author wants to explain the advantages of typing fast with ten fingers. Here is the review.

1. It Makes it easier for you to master the world of writing

Yes, of course, your focus will be very different when you have got typing with ten fingers. You no longer think about the location of the letters, but you only focus on the sentence you want to compose.

Just imagine, you only think about sentences and paragraphs along with the storyline. Your fingers automatically write them on the keyboard. Very pleasant…

That way, your writing skills will also increase because your focus has shifted to writing well.

If you still don't believe it, you can watch a video on Youtube with the keyword fast typing competition. You will find champions who can type hundreds of words in one minute.

2. Computer-related work you can quickly complete

You can quickly complete tasks such as repairing computers, processing data, and various types of computer language programming.

It's different if you still see the keyboard when typing. You can save a lot of time when you can type using ten fingers.

3. You can open a typing service

The typing business opportunity is still wide open, you know. Especially in an educational location such as a campus or office area, typing services are very much in demand and sought after by those who need them.

Well, with the ability to type 10 fingers, you already have significant capital. Why?.. Because you can complete every order on time, accurately, and with quality. This can be achieved when you master ten-finger typing.

If you have an advantage in a specific field of science, you can make it into a book. This job can be a lot of fun if you can type fast. There is nothing wrong if you share your knowledge with others and get income from the book.

There are two types of books that you can make, namely e-books and regular books. The more complete and exciting the contents of your book, it is not impossible that your book will be famous.

The average company currently sets typing speed requirements for prospective workers. Some set above average for certain positions because speed is now a priority for the company.

If you can type fast with ten fingers, of course, your application will be accepted readily.

6. For a blogger, the ability to type fast is essential. Here's the reason

Having the ability to type fast ten fingers is very helpful for a blogger. Because with this ability, a blogger can quickly finish posting immediately.

All bloggers certainly understand that articles are the most decisive factor for the success of a blog. The better the article is made, the more excellent the opportunity for the blog to flood readers.

The 10 finger typing game can be a solution for those who are bored with conventional typing exercises. Apart from playing games, people also learn to type. Integrating games into practice will improve typing skills. These games can help you improve your typing speed. Just choose which game is right for you.