10 Best Flight Simulator Games PC that is Fun to Play 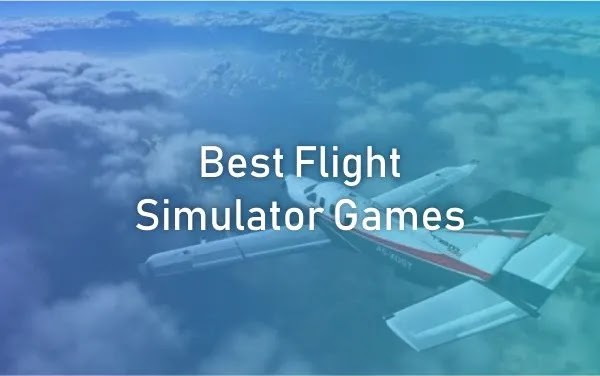 Being in a cockpit by controlling an aeroplane while exploring the vast blue sky is a fascinating and challenging thing to do. If you want to try this but it's difficult to implement, you can feel the sensation by playing an aeroplane simulator game.

Even though it's only a simulation game, you will be invited to act as a virtual pilot in flying an aeroplane. Everything feels realistic because the functional features in the plane look the same as the original version. In fact, if you want an even more extreme experience, you can try to control a fighter plane and fight in the air.

For those of you who dream of doing this, We will provide a list of the best flight simulator games that can be played on the PC platform. Just take a look at the full review below. 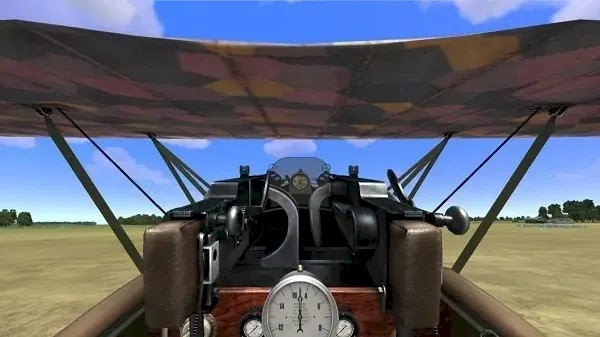 Rise of Flight: The First Great Air War is a flight simulation game that invites players to be in a war situation in World War I. This game also offers features similar to those used at that time.

So exciting, this simulation game also gives a tremendous damage effect when the plane used is hit by enemy bullets. Players can fly this plane flexibly and fly in the sky while crashing into opposing planes.

This game has a wide map to explore, and three modes can be played, namely pilot career, campaign mode and quick mission mode. Everything can be played according to the type of challenge you want. 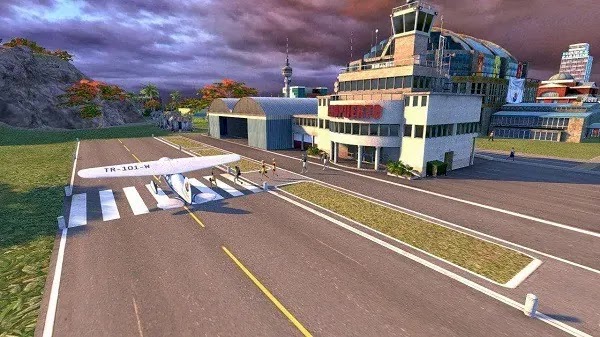 This Gold Edition series features two-game packages consisting of a standard and deluxe edition. In the standard edition, the game features everything from navigation, GPS to air travel routes. There are 18 aircraft, 28 cities and various airports.

Players can fly anything from gliders, jets to even bigger planes. This game has a dynamic air traffic control system with weather conditions, just like in the real world.

In the deluxe version, players can also act as Air Traffic Control (ATC) using air traffic control radar. This mode can be used online if the player is connected to the internet network. 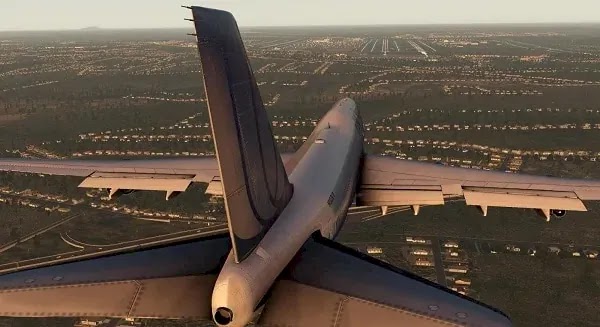 X-Plane offers a variety of commercial, military and other types of aircraft that you can control. This game also provides a wide view that covers most areas of the Earth.

This simulation is equipped with a feature or some plugin architecture where players can create their own replica of the world to fly their planes.

Players can also design their own planes through software already available in the game, namely Plane Maker and Airfoil Maker. This approach can help players create planes easily because the simulator feature quickly provides aircraft designs that can be flown like those in the real world. 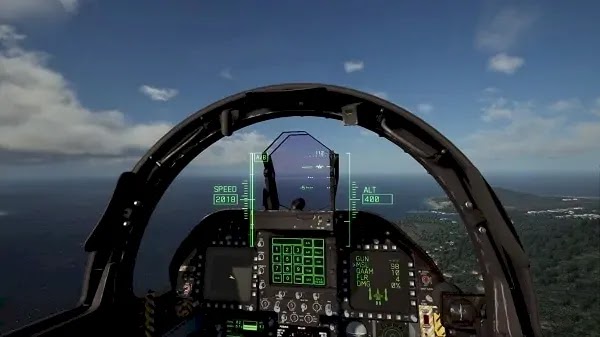 The next best flight simulator games PC is Ace Combat 7: Skies Unknown. In this game, players will have several missions to destroy various targets in the air and on the surface. Before doing that, players are invited to do a mission briefing through a 3D map view to detail the attack route to the enemy.

Players can play this game with a novice (beginner) or expert (experienced) control. If you are challenged enough to choose the second option, you will later perform aircraft manoeuvres such as high-g turns and slow rolls.

While flying in the air, players will be accompanied by a wingman who will help and direct them to carry out the mission well. This game has 28 different aircraft types with the addition of the F-4E Phantom II, Gripen E and A-10C Thunderbolt II aircraft. 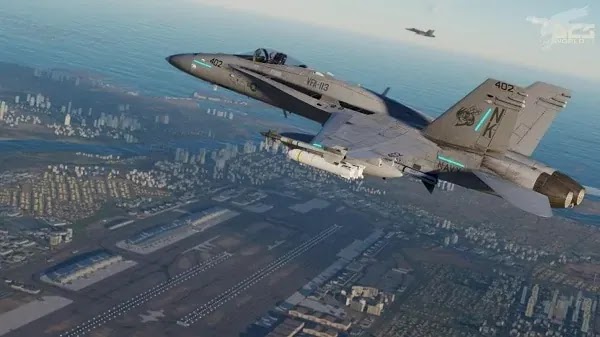 Lock On: Modern Air Combat, also known as LOMAC, is a modern combat aircraft flight simulation developed by Eagle Dynamics and published by Ubi Soft. This game contains 8 aircraft that can be used and more than 40 aircraft flown by non-character players (NPCs).

Broadly speaking, players will focus on simulating combat in the air as well as attacks on land. Players will be invited to perform targeted attacks, anti-radiation attacks on ships, and aerobatic agility.

In addition, players will be taught to practice all aspects of taking off and landing on aircraft carriers in this game. Players will be guided to perform aerial refuelling and understand airborne early warning and control (AEW&C) systems. 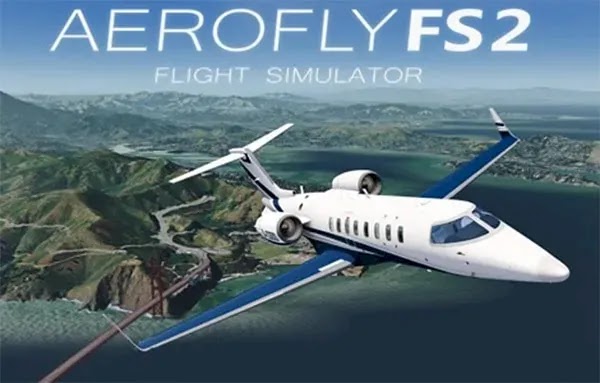 Aerofly FS 2 offers players the experience of being able to fly around the world with high-quality graphics. Players have many options to fly a plane or helicopter. Later, players will be in a 3D cockpit with detailed and interactive animations.

In this game, players will learn the basics of flying an aeroplane like a flight school. If the player is proficient enough, you can immediately take on the role of a pilot and fly and land a Boeing 747 Jet at one of the busiest airports in the world.

In addition to these luxury aircraft, players can also fly Cessna 172, Airbus A320, F-18 and F-15E fighter jets. Of course, there are many more planes and even helicopters that you can fly in this game. So play this Aerofly FS 2 game if you want to try the sensation. 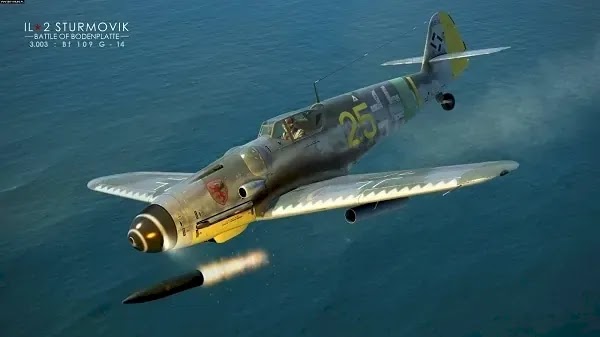 In this simulation game, players will be involved in a battle between Allied forces against Nazi Germany's air combat troops called the Luftwaffe. Players will battle over West Germany, the Netherlands and Belgium during World War II situations.

Players will control a classic fighter jet and fight to defeat the superiority of the Germans who controlled the airspace during the war. Players will have several important missions such as joining the battle in Operation Market Garden, Battle of the Bulge and Operation Bodenplatte.

The Luftwaffe troops had been the masters of the air during the period 1944-45. This game is set in winter, and prepare yourself to survive in the complicated battle of the Allies against Nazi Germany in the skies of Europe. 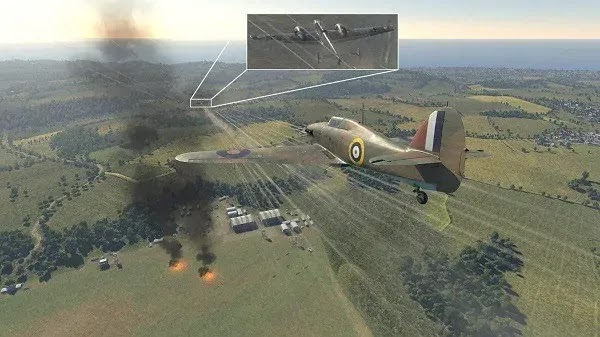 War Thunder is a simulation game that can provide combat experience in the air, land, and sea. The vehicles used are adapted from the time setting of the game, such as the Spanish Civil War, the Iraq War, to World War II.

In-flight mode, various fighter planes can be used, but players cannot use helicopters. Aeroplane simulation combat is based on realistic conditions from a first-person perspective in the cockpit. The scenery will look beautiful but can be challenging, on the other hand, because you have to dodge missile attacks.

This game won the best simulation game at the Gamescom 2013 Awards and won Best Game, Best Developer, Best Technology and Best Sound at the KRI 2013 Awards. War Thunder went on to earn the Guinness World Records for having the most aircraft in a flight simulation game. 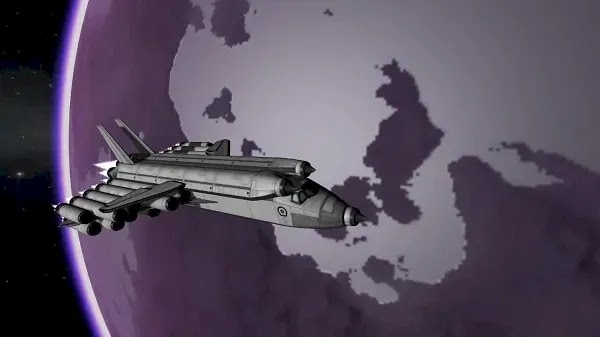 Unlike the games previously discussed, in this game, the player will control a spaceship. Players will manage a space program operated by the Kerbals. They are a small green species built a spaceport called the Kerbal Space Center (KSC).

Here, players can build rockets, aeroplanes and spaceships from a series of pre-made components. Once successfully built, players will prepare to be on the KSC launch pad to explore the galaxy.

Players control their planes in 3D graphics, which will later be assisted by a stability system called SAS to maintain the consistency of the planes in space. If it can be directed properly, the player will fly into an orbit and travel to other celestial bodies. 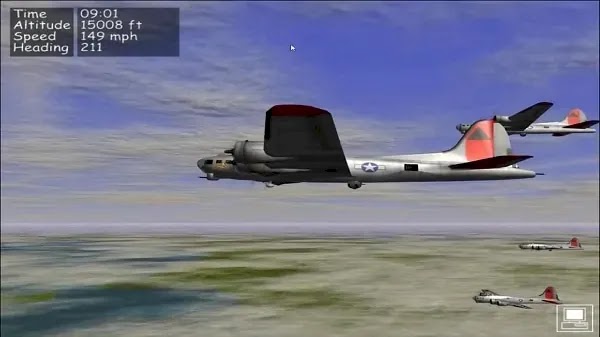 B-17 Flying Fortress: The Mighty 8th is a fighter flight simulator developed by Wayward Design and published by Hasbro Interactive in 2000. Players will experience flying the legendary B-17 bomber and reconnaissance aircraft.

The graphics, animations and sounds presented in this game are quite extraordinary for their time with the addition of a realistic aspect during the air war during World War II. Players can assume a Luftwaffe pilot from the German army and bombard Europe from the sky.

In addition to the B-17, players can use other fighter planes that are no less frightening in the air. Players can fly American B-17G bombers, P-38 Lightning, P-51 Mustang, P-47 Thunderbolt, German Bf 109, Fw 190 and ME 262 fighters. All aircraft models are beautifully designed so that you can play this game with fun while fighting in the air against enemies.

Those are the 10 recommendations for the best flight simulator games PC to make you feel like a real aeroplane pilot. If you are interested in the list of recommendations, please install and play the game right away.