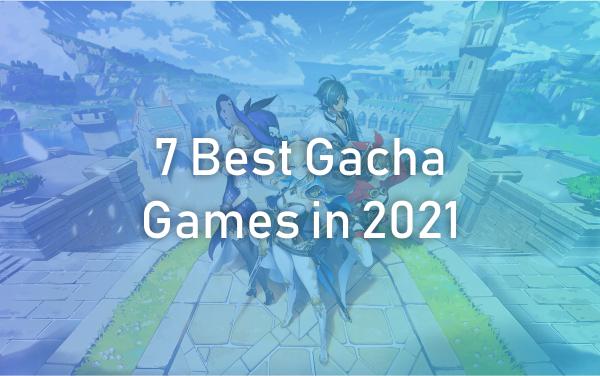 In recent years, gacha-based games have become very popular. Most gacha games have a Japanese role-playing game (JRPG) style with seasonal events, an interesting storyline, and online multiplayer. As the name implies, the appeal of gacha games is in the gacha system.

Like gachapon (ガシャポン), you test your luck to get the item you want. Not infrequently, you spend money but don't get what you want. But, therein lies the fun! Besides that, that's the "money field" for the gacha game developers.

So, do you want to try playing gacha games? These are the 7 best gacha games in 2021. Don't forget yourself and forget the time, okay! 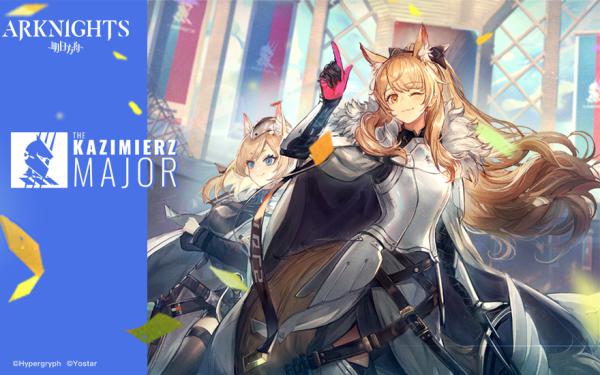 Arknights (明日方舟/Míngrì Fāngzhōu) is a strategy and tower defence-based gacha game developed by Hypergryph/Studio Montagne under Yostar. Arknights was released in China in May 2019 and globally in January 2020.

Here, you take on a "Doctor" role for a Rhodes Island team to fight the Oripathy and Reunion Movement epidemics that threaten the lives of the inhabitants of planet Terra.

Together with the leader, Amiya, you will recruit various "Operators" of various classes and unique abilities. In this game, you will be spoiled with cute animal ear character designs (kemonomimi).

In addition, the Japanese soundtrack and slick voice actors sometimes make you forget that Arknights is a game made in China! You can also activate the auto-deploy system, so you can just watch the battle. 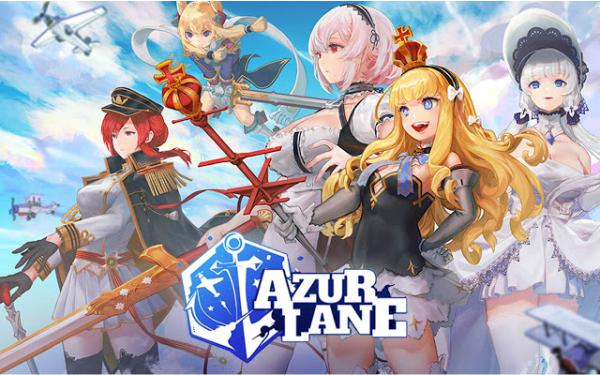 From Yostar again, Azur Lane (碧蓝航线/Bìlán Hángxiàn) is a 2D side-scrolling game developed by Shanghai Manjuu and Xiamen Yongshi. The game was officially released in 2017 in China and 2019 globally.

Seeing the gameplay, maybe you will remember the game Kantai Collection.

Azur Lane takes the alternate historical setting of World War II (WW2). Here, you can create a fleet of beautiful girls with passionate voices who are old ships.

You definitely won't be bored because Azur Lane has more than 300 cute WW2 ship characters. Oh yeah, you can even marry your ship's waifu! 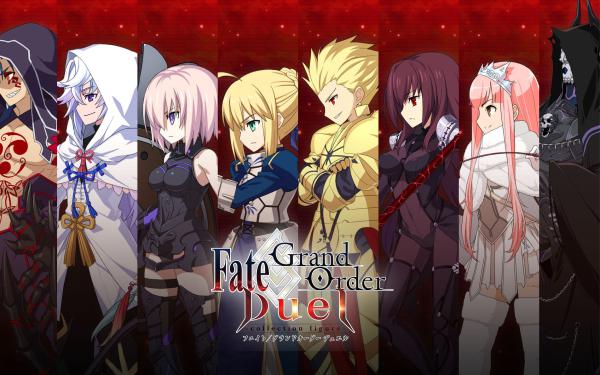 The next best gacha game in 2021 is Fate/Grand Order. Adapted from the Fate/stay night series by Type-Moon, Fate/Grand Order (フェイト・グランドオーダー) is a turn-based RPG developed by Delightworks. This game was finally launched by Aniplex in 2015 (Japan) and 2017 (UK). Even without watching the anime, you are guaranteed to like Fate/Grand Order!

In the Fate/Grand Order game, you play as Ritsuka Fujimaru, who has the power of the Holy Grail to determine the fate of mankind. Because it is adapted from Fate/stay night, you can call for the help of "Heroic Spirit" (英霊/eirei), who are the characters in the series as Servants.

Well, to get SSR class Heroic Spirit, you have to play the gacha. Of course, to get more gacha, you have to pay more to get Saint Quartz (game currency) to withdraw the gacha.

Don't worry. At the beginning of the game, you will be given several gacha opportunities to test your luck! 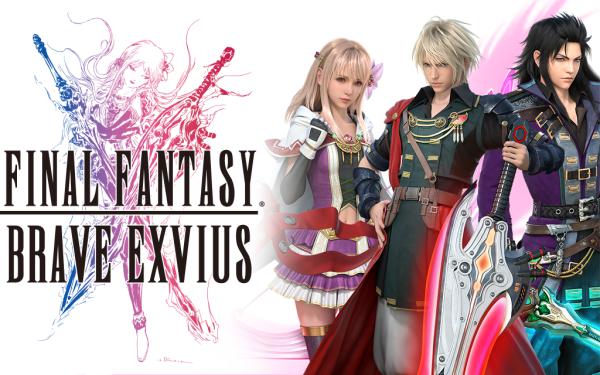 FF Brave Exvius takes place in the magical land of Lapis and tells the adventures of Rain and Fina in stopping Veritas's ambition to destroy Lapis.

With the gacha system, you can get Final Fantasy and Brave Exvius characters.

Not only fictional characters, but even FF Brave Exvius also guest-starred Katy Perry (performer for "Immortal Flame") in December 2018 and Ariana Grande (performer for the song "Touch It") in January 2017! 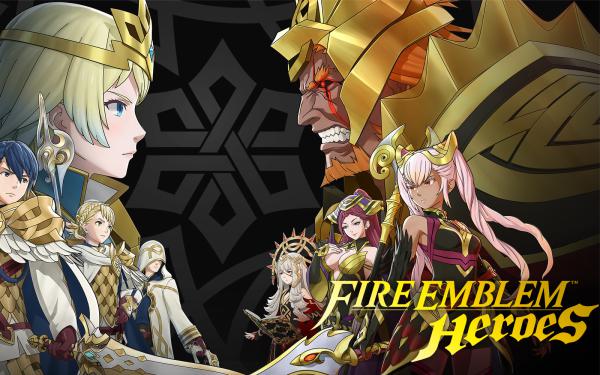 Not to be outdone, Nintendo also entered the world of gacha games in 2017 by releasing Fire Emblem Heroes. This tactical RPG-themed game was developed by Intelligent Systems and is the 15th game in the Fire Emblem series.

This game tells the story of the conflict between two fictional lands, Askr and Embla.

As of January 2021, Nintendo has provided over 1,300 stages for Fire Emblem Heroes and their Orbs (in-game currency). With Summon, you play gacha and spend Orbs to get Fire Emblems in your party. You can also get other characters as the game progresses.

Friendly to players, Fire Emblem Heroes also shows the percentage of gacha success (so it doesn't hurt too much).

With slick graphics, an exciting story, and a simple gameplay system similar to the Nintendo DS and 3DS versions, Fire Emblem Heroes is guaranteed to make you addicted! 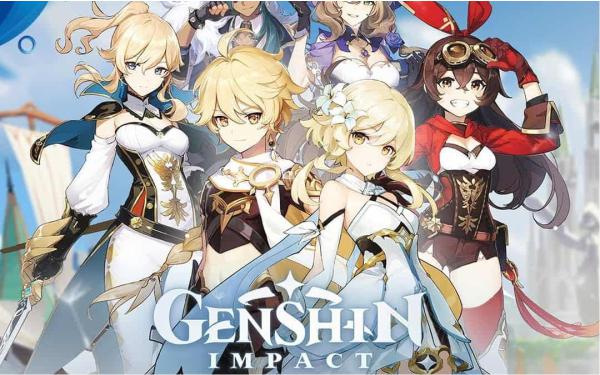 Touted as one of the best games in 2020, Genshin Impact is a gacha RPG game developed in China and released by miHoYo in September 2020.

Genshin Impact is set in Teyvat and tells of your adventures with Paimon searching for your missing brother.

Set in an open world and has an action-based gameplay system, Genshin Impact captivates players with its adorable characters and seiyuu.

Its eye-catching visual effects like "The Legend of Zelda: Breath of the Wild" means that your smartphone must be equipped with the latest chipset.

Genshin Impact also uses gacha as an attraction. You can get characters, weapons, and other items from gacha for free or paid.

In addition, Genshin Impact also supports cross-platform features, so Genshin Impact players on Android can also join other platforms such as PS4 or PC! 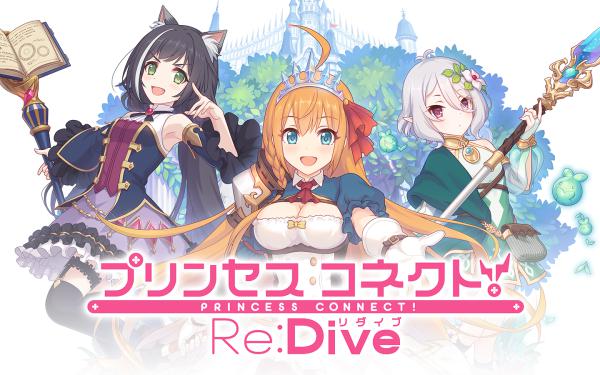 Initially, this game was released by Crunchyroll Games as a sequel to the game Princess Connect in 2016. The anime version itself will air in April-June 2020, and season 2 has been confirmed!

PriConne! Re: Dive tells of your adventures to explore the land of isekai Astraea. The goal is to collect adorable female characters for a harem party.

You can increase your bond with these heroines by raising their stars and giving them new and powerful weapons. That way, you can get extra plots and other special things with the character!

The goal of the gacha game is the same as the goal of the game in general, which is to release stress while providing a lucky challenge in the form of playing gacha. However, if you become so obsessed with having to put aside your main needs just to pay for gacha, stop there!

Those who want to try gacha games are some gacha-based games that are recommended to be played. Prepare your wallet, have fun, and don't forget the time, okay!