10 Most Exciting Billiard Games to Play on PC & Laptop 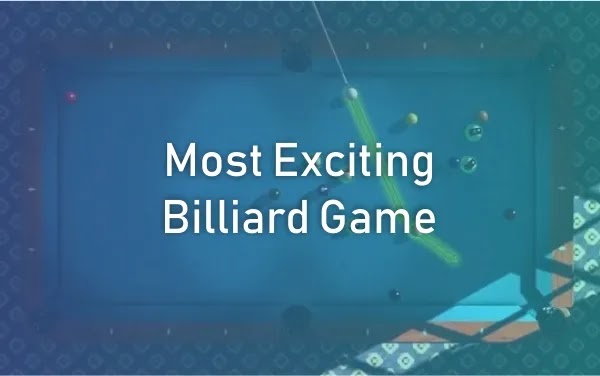 Billiard or Pokeball is a concentration sport that is quite popular with urban people. This game is very exciting because it can be played individually or as a team. Internationally, billiards has become a prestigious sport because it has its own tournaments, such as the World Grand Prix and the World Snooker Championship.

Playing this sport can now be done in various ways, one of which is through video games. Playing billiard-themed games can be a training ground for those who want to improve their skills in playing billiards.

The existence of billiard games is not so much in the gaming industry, but that does not mean this game is difficult to find. If you want to play the PC platform, We will provide a list of recommendations below. Just take a look at the full review below. 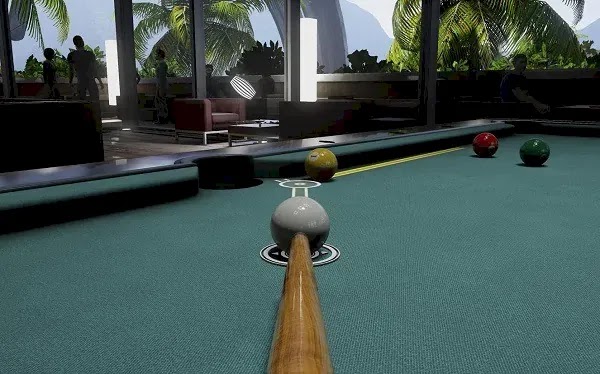 Pool Nation FX is a billiard simulation game that can make you proficient in playing this sport. You can choose the type of game you want to play, such as Ball 8, Ball 9, Snooker, Killer and others. The career mode in this game is worth trying because it provides a level of difficulty that can be adjusted according to the player's ability.

In this mode, players can compete for a full season in the Pool Nation FX Tour Career. Players will start their journey from the qualifying round to the final. After that, players will go on a world tour to challenge all competitors.

Don't forget to check the tour rankings and stats frequently to gauge your progress during the game. Download the game here. 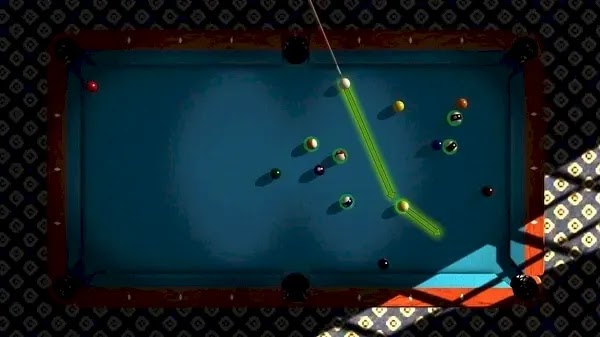 Besides playing the classic game of Ball 8, players can also try challenges at Ball 9, Ball 10 and even Snooker. All of that can be played solo against the CPU or duel against other players in multiplayer mode.

You can play as much as you like in this one game. If you want to hone your skills and add to the experience of playing billiards, this game is the right initial choice to play.

3D Pool has pretty good graphics and still looks natural to look at. The control system in this game is straightforward to be mastered by anyone, even for beginners.

In terms of variety, the game has a wide variety of opponents with different difficulties and a variety of table and ball sets. Download the game here. 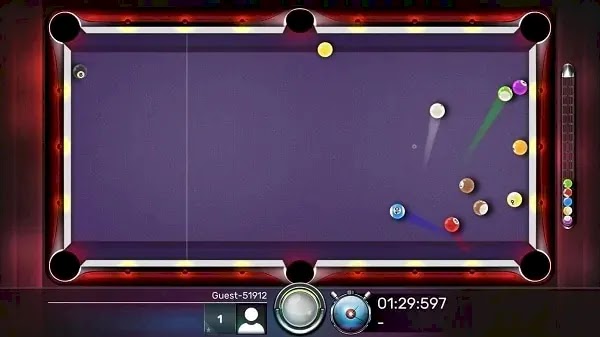 In single-player mode, players can play against competitors controlled by AI or perfect skills in speed mode by getting each ball as fast as possible. We can play multiplayer mode online and offline. For online mode, you can fight anyone currently active in the global pool arena feature.

In online mode, players can also fight head-to-head in a world online tournament by performing various matches. Additional levels of experience can be earned by playing online games and completing daily and weekly challenges. Download the game here. 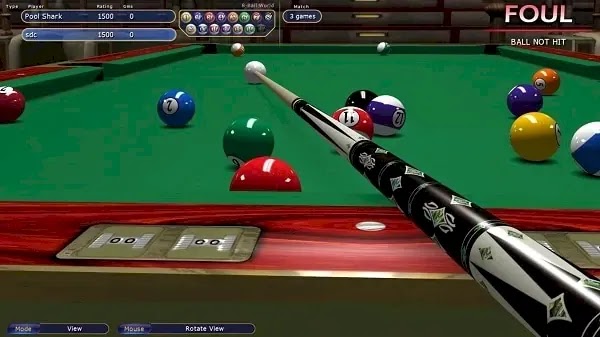 This game is one of the most challenging billiard games by presenting a competitive Pro Tour Career mode. You can be in a full season facing off against professional or amateur players.

For starters, players can start with a local tour by competing in regional areas and then moving to the national level. After that, players can go on a world tour and can label themselves as proficient players. 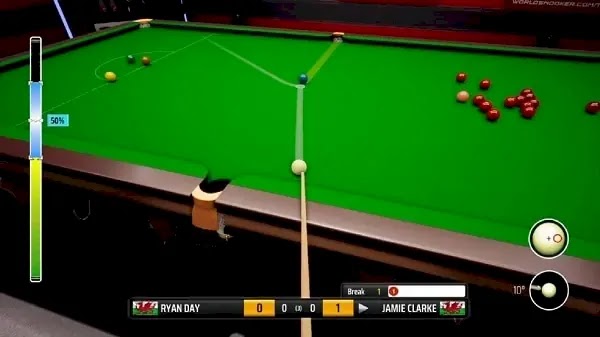 There are 128 of the world's top players that you can play in this game, ranging from Mark Selby, Ronnie O'Sullivan, Ding Junhui and billiards legends such as Ken Doherty and Jimmy White. You can also start your career journey by playing a new character from the Q-School academy. Win all matches and improve playing skills to enter the ranks of the Hall of Fame.

To test the ability to play billiards, players can participate in various tournaments available in this game. Snooker 19 features billiard competitions worldwide at all venues, including the China Open at Beijing's Olympic Gymnasium, The Masters at Alexandra Palace, and the World Snooker Championship at the legendary Crucible Theatre. Download the game here. 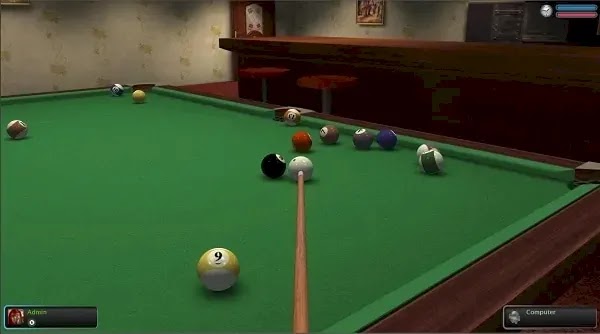 Supported by a powerful 3D graphics engine, this game seems quite successful in providing a realistic picture of a billiards simulation game. With such a view, Real Pool 3D is confident enough to offer a gameplay mechanism that feels like playing billiards like in the real world.

If you like 8 Ball games, this game should be played further by trying all its challenges. As a player, you can take part in one-on-one matches online and win every match until you get the highest ranking.

In this game, players can join one of the billiard clubs and become a member. Apart from that, players can also build their own club and recruit people worldwide to take part in tournaments and win prizes. Download the game here. 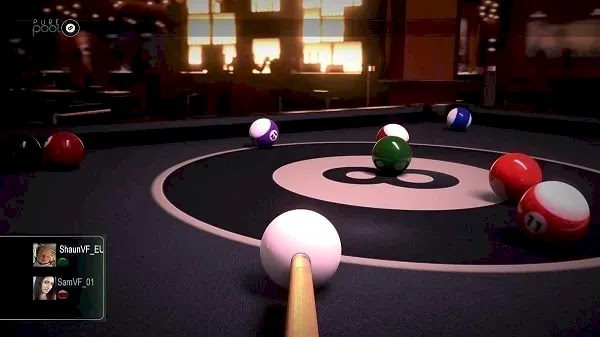 Pure Pool is a billiards game developed by VooFoo Studios from England. The game is in collaboration with Ripstone Games for release on the PlayStation 4 console and PC platforms. This game is packed with stunning visuals with a career mode with up to 40 hours of gameplay.

Four game modes can be played, from American 8 Ball Pool to Killer. In addition, there are four different challenges with varying levels of difficulty, such as Perfect Potter to Royal Rumble.

This game can also be played in online multiplayer, and players can hone their billiard skills by competing in each tournament. Accept every challenge in the arena, and win the match to stay on top of the world's top players. Download the game here. 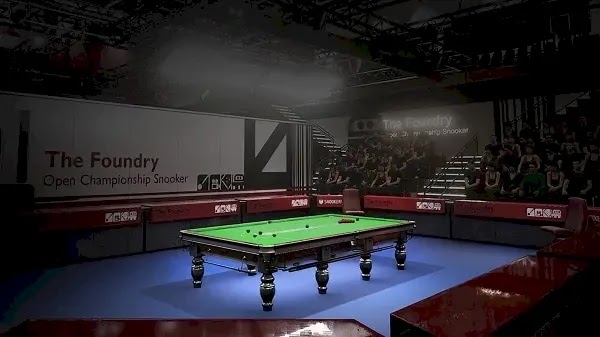 Have a dream to play in the billiards world championship? Now you can achieve this by playing this one game. You will feel tension when competing because this game itself presents a quite realistic tournament sensation.

Challenge all the top players around the world and win the match to get various championship trophies.

This game can be played offline by presenting six-game rounds. As an initial stage, players can compete in the qualifying round until finally heading to the final round.

The online mode in this game is even more challenging because players will compete in an online league. You will be challenged by various kinds of players globally. Of course, they have their own abilities. Collect all the wins so you can be in the top ranking. Download the game here. 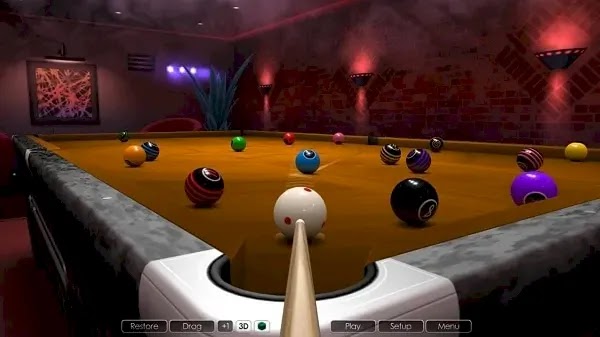 There are two main parts to this game were; in the first mode, the player has to complete new challenges. In this option mode, players must defeat computer-controlled opponents one by one to advance to the next stage.

After defeating all opponents in the bar, the player is given a membership card to the next bar, where the difficulty level will increase. When all the bars have been unlocked and the opponent is defeated, the player will get the Bar Challenge Trophy.

The second part of the game is the tournament mode. Later, there will be 16 players competing against each other. Players will go through four rounds in this mode, starting from the first round, quarter-finals, semifinals and grand finals. Download the game here. 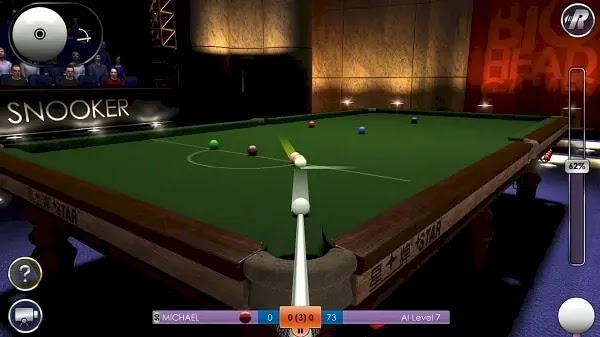 As in the games previously discussed, International Snooker tries to offer a realistic feel that can make players feel like they are in a real billiards competition. This game works with a famous billiards referee named Michaela Tabb to voice every game to get a competitive atmosphere.

Players can play career mode by participating in various tournaments in one full season. While in this mode, the player must produce the most points to reach the world number one ranking and win the 16 trophies provided.

The gameplay mechanics in this game are quite easy to learn for anyone. If you don't want to rush into the match arena, playing the practice mode is worth trying. In this mode, players will practice aiming precisely without an opponent to become more proficient at entering each ball. Download the game here.

Those are 10 billiard-themed games that can be played on your favourite PC platform, respectively. If you want to learn to play this sport, the selection of games above are worth a try, and who knows, some of you may want to become a professional billiard athlete. Good luck!