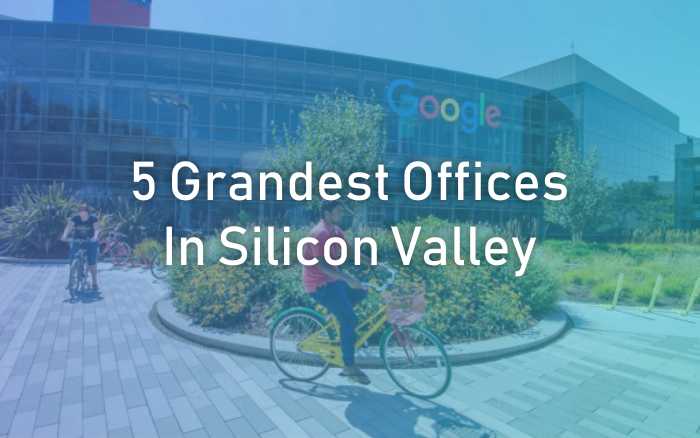 Silicon Valley is home to many of the world's technology companies. Located in the southern part of San Francisco, California, United States, the name Silicon Valley was first used by Ralph Vaerts, a businessman in the 1970s.

Being the area chosen as the headquarters for technology development companies such as Google to Apple, then how to do these magnificent offices in Silicon Valley look like?

As a technology hub, here is a list of the 5 grandest offices in Silicon Valley! 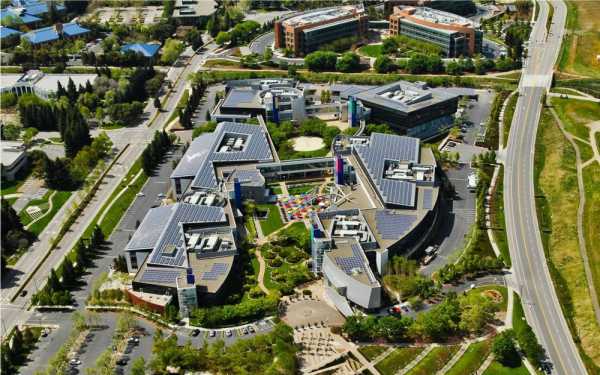 The Googleplex is the name for the headquarters of Googleand Alphabet Inc., located at 1600 Amphitheater Parkway, Mountain View, and redesigned by architect Clive Wilkinson. The building, originally part of the Silicon Graphics campus, was rented by Google since 2003 and then purchased in 2005. Starting from the campus, it seems that the culture at the Googleplex is still the same, without stiff tables and chairs or a boring meeting room.

Set on 11 hectares of land, the Googleplex complex has an organic garden, a gym arena, a tennis court, and beach volleyball. Due to the large size, employees must use G Bikes to move from one building to another. Not enough, Google added two new buildings covering an area of ​​7.2 hectares and 17 hectares. It is planned that these two buildings will become commercial areas open to the public, such as retail and cafes and offices and conference rooms.

Since 2007, 30% of Googleplex's electricity needs have been accommodated by solar panels covering most of the buildings. Of course, this is growing, marked by the complex design of the Googleplex, which is dominated by glass but still considers the right pattern so that birds do not crash into buildings. In addition, regulating natural light and minimizing pollution are also important aspects in the design of this Google headquarters. 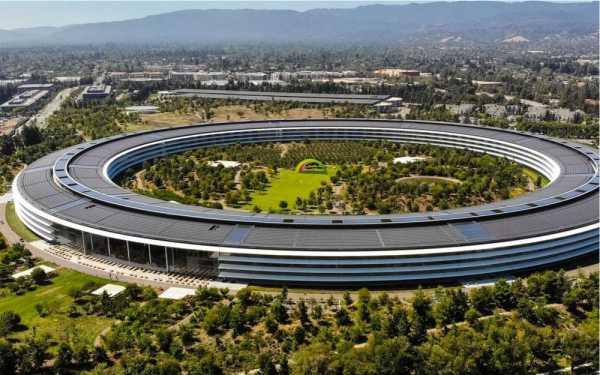 Apple's new office is one of the architectural technology icons. Shaped in a giant ring on 71 hectares of land, Apple Park on One Apple Park Way, Cupertino, is home to 12,000 Apple employees. Apple's headquarters demolished a permanent area of ​​12 hectares to make green open space and was replaced by 9,000 trees planted in drought-resistant soil. Apart from orchards, grass, and a pond, Apple Park also has 9 hectares of sports and a 3.5 km long running track.

The office designed by architect Norman Foster has used renewable energy using solar panels, which Apple claims are the largest in the world. Inside Apple Park, there is also an auditorium with a capacity of 1,000 people named the Steve Jobs Theater.

Apple Park has succeeded in combining nature and technology through the use of materials and the building process. The dominance of stone walls and terrazzo floors, as well as glass panels and cantilevered carbon fibre roofs, prove that Apple is a technology company from their 'origin'. 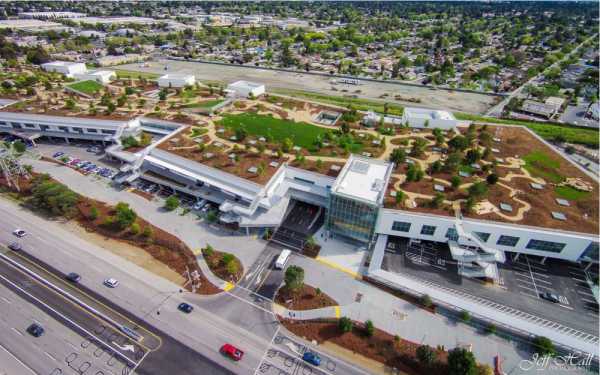 The first time home to 2,800 Facebook employees, the office , which stands on an area of ​​23 hectares, was designed by a prominent architect, Frank Gehry in 2015. It is much smaller when compared to the headquarters of Google and Apple are in the same area.

However, the Facebook Menlo Park Campus, which is located at 1 Hacker Way, Menlo Park, has received a Leadership in Energy and Environmental Design (LEED) certification, which indicates that the building has passed the green building standard. Most of the land area of ​​Menlo Park Campus is a green open space, which is also used as a cafe, communal and exhibition area right above the building.

In 2021 the first phase of construction of Facebook's new office next to the current office is over. Some retail, 1,500 residential units, and office areas are almost complete and usable. While this may seem limited, it's worth remembering that Facebook's compact employee count is different from many other tech companies. 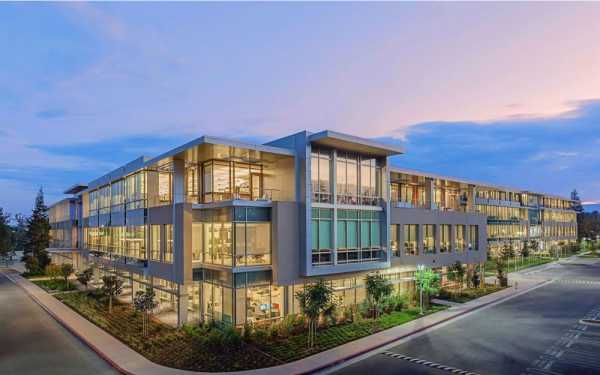 Designed by the firm Form4 Architecture, Netflix Building A , which is located at 100 Winchester Cir, Los Gatos, carries the concept of Modernism. Built-in two separate building periods with a bridge that combines them, the Netflix headquarters sits on an area of ​​?? 8.5 hectares. The existence of a large garden is also made to give a rustic impression.

Netflix Building A is designed in such a way as to process natural light to support indoor lighting. The outside view is quite imaginative to make Netflix headquarters resemble a spaceship making a stop to earth. Impressed as abstract but still elegant, Netflix is ​​setting a new standard for a technology company office dominated by an overly 'childish' atmosphere. 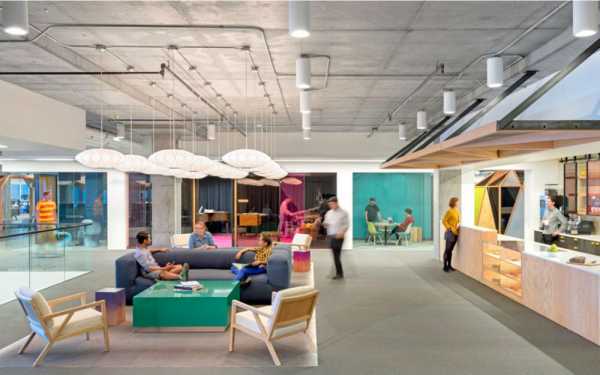 Limited land for a large office does not limit Cisco Systems and Meraki to build a magnificent office. Standing on 3.8 hectares of land, design and architecture firm O + A designed the Cisco Meraki Offices with plenty of room for collaboration, communal areas, and other elements that enhance the quality of employee work.

The Cisco headquarters with Meraki is designed to create a blank 'canvas' that employees can fill themselves in. This office has successfully interpreted the company's vision and culture that has become the company's values. The selection of furniture and wall colouring is the most interesting part besides the Cisco Meraki

The Silicon Valley region, as the 'home' of technology companies, seems to be moving non-stop. Employees who live and work in it sometimes cannot escape the responsibilities that must be done. That is the reason why these companies build magnificent offices with complete facilities.

If you had the opportunity to work in one of the offices above, which would you choose?